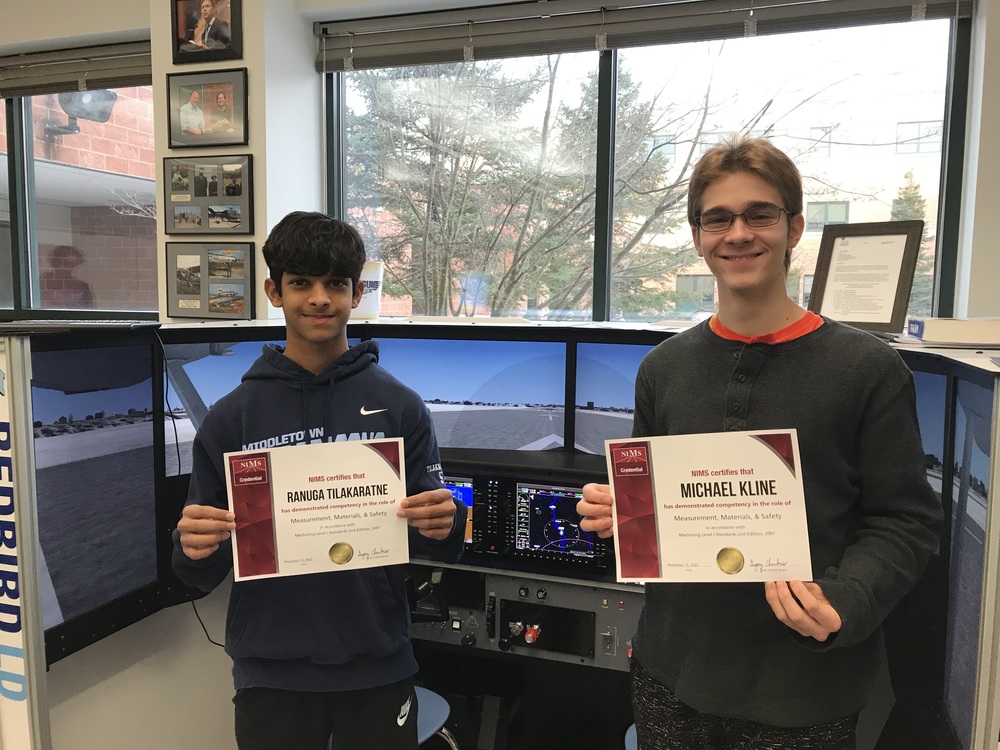 Middletown Public Schools is proud of MHS students Ranuga Tilakaratne and Anthony-Michael Kline an recent academic accomplishment: they are among this year's 1st students to pass the NIMS certificate exams in Metrology!

To catch the rest of us up to speed: NIMS (National Institute of Metalworking Skills) is an aerospace industry certification, while Metrology is the science of measurement, an important skill set in aerospace.

This specific achievement, the NIMS Certificate in Metrology, demonstrates that Ranuga and Anthony-Michael can measure to 1/1000th of an inch using a variety of measuring instruments such as calipers and micrometers.  They also understand the basics of safety in an area where aircraft parts are being developed/created.  This is a first step to the many high paying aerospace jobs available in Connecticut.

We look forward to sharing more good news about additional students earning this certification through our Aerospace program.  In the meantime, Congratulations to Ranuga and Anthony-Michael !

Thank you to Mr. Paul Pelletier for submitting this story!